skip to main | skip to sidebar

Watch the first 20 mins of the secret

How did it all came about:

RHONDA BYRNE
The Secret started by Rhonda Byrne and as a result, time Magazine has rated Rhonda to be the top 100 most influential person

This just goes to show how much of an impact her movie The Secret has become to the world. 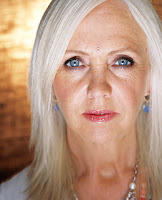 The brief in Time about Rhonda was written by Jack Canfield, who we all know is co-author of The Chicken Soup For The Soul Series and is of course in The Secret.

See below for what he wrote. The excerpt is from Time.Com:
Rhonda Byrne By Jack Canfield:

I first met Rhonda Byrne in July 2005, when she asked if she could bring her film crew to a meeting of the Transformational Leadership Council and interview our members for a movie she was creating called The Secret. For four days she and her crew filmed during the day and socialized with us at night. I was struck by her energy. She seemed to be in a constant state of bliss, of childlike wonder.

As I got to know her, Byrne, 50, seemed to always be in that state. Even when she ran out of film, when the money to complete the next phase of the project hadn't yet materialized or when her original TV distribution deal fell through, to her it was always "perfect." She radiated a confidence and a trust that it was all being handled perfectly by the universe. Obstacles that would defeat most people didn't seem to daunt her. She just kept moving forward in joyous faith that it would all work out. What I didn't realize at the time was that the way she was living her life and approaching her work was teaching me even more about how to live in harmony with her Law of Attraction than her movie or book.

I am often asked why The Secret has been such a phenomenon—more than 2 million DVDs sold in a year and almost 4 million books in less than six months. It is primarily because Byrne's love and joy permeate every frame and every page. Her intention was pure and simple—to uplift as much of humanity as she could reach, and so far she has reached millions. And I believe she has only just begun. 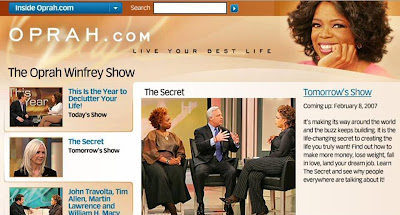 "I watched it today! Amazing piece of work! In fact I think I'll watch it again before bed... hopefully this time with drier eyes."

"It is a stunning production! Man! I am TOTALLY blown away!"

"The movie was great... I was in tears. It is a true blessing and a great vision of its creators."

"I could both see and feel sincerity and passion throughout the movie!"

"Astounding. Absolutely astounding. Beyond anything I anticipated."

"WOW - there are no words to accurately describe the shift I just felt! My daughter asked me why I was crying and I told her that sometimes when I am so happy and full of love, it spills out my eyes! I am so glad I ordered the DVD because there are so many I would love to share this with."

Bob Proctor is an author, lecturer, counselor, business consultant, entrepreneur, and teacher preaching the gospel of positive thinking, self-motivation and maximizing human potential. In that endeavor, he follows in the footsteps of such motivational giants as Napoleon Hill, Earl Nightingale and Wallace D. Wattles. His extraordinary teaching ability has won Proctor acclaim around the globe and has carried the Canadian-born motivator to the far reaches of the earth. He is as well known in Australia and Malaysia as he is in Alberta and Mississippi. Born in a little town in northern Ontario, Canada with the low self-esteem that often befalls a family's middle child, he performed poorly in school, dropped out and did a hitch in the navy.

Afterward he drifted from one dead-end job to another until a friend introduced Bob to the concept of self-development through Napoleon Hill's classic Think and Grow Rich. With the spark generated by Hill's words, Proctor found the initiative to start an office cleaning business which he grew to international scope in his first year of operation. From that experience - after seeing what he had been able to accomplish with just a rudimentary knowledge of personal motivation and goal-setting - he hungered for more information.

His quest took him to the Nightingale-Conant organization to study under his mentor, Earl Nightingale. Once on board, he rose swiftly through the ranks. Eventually, while the Nightingale-Conant organization assumed the forefront in wide-scale distribution of personal development programs, Bob felt the need to take his ideas and methods directly to the individual, to the one-on-one level which had proven so successful for him.

In the mid 1970's, Proctor established his own seminar company and secured a contract to work with a few hundred agents of Prudential Life Insurance Co. of America in Chicago. During his first seminar Bob made the suggestion that any agent present could write $5 million in business that year if the agent made a decision to do so.

The fact that the seminar took place in July with the year half over and that no agent in that region had ever written so much business in the 100-year history of the company made Bob's suggestion appear to be outrageous.

However, when the performance level of the entire division increased substantially with more than one agent actually accomplishing the deed, Bob's reputation as a motivator was established. Over the ensuing years, Proctor has shared his special message and expertise with hundreds of business entities worldwide and, through a program of live seminars, with thousands of people of all ages in all walks of life. Bob Proctor with Jack Canfield and Rev. Michael Beckwith have created The SGR Program. A program designed to teach you how to effectively put the Law of Attraction to work in your life. Click here to learn more. 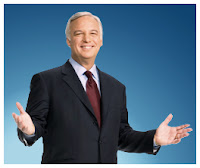 Jack Canfield is an American motivational speaker, trainer and author. He is best known as the founder and co-creator of The New York Times No. 1 best-selling "Chicken Soup for the Soul" book series, which currently has over 65 titles and 80 million copies in print in over 37 languages. According to USA Today, Canfield and his writing partner, Mark Victor Hansen, were the top-selling authors in the United States in 1997.

With a BA from Harvard University, a Masters from University of Massachusetts, and an honorary doctorate from the University of Santa Monica, Canfield has been a high school and university teacher, a workshop facilitator, a psychotherapist, and for the past 30 years, a leading authority in the area of self-esteem and personal development.

Canfield is the founder of "Self Esteem Seminars" in Santa Barbara, and "The Foundation for Self Esteem" in Culver City, California. Self Esteem Seminars trains entrepreneurs, educators, corporate leaders and employees on how to accelerate the achievement of their personal and professional goals, while The Foundation for Self Esteem provides self-esteem resources and trainings to social workers, welfare recipients and human resource professionals. Canfield is also the President of Souperspeakers.com, a speaking resource service that provides inspirational speakers for event planners worldwide.

Canfield has traveled to over 21 countries, delivering hundreds of keynote speeches, workshops and trainings each year. As part of his presentation style, he always uses inspirational, motivational and uplifting stories to help his audiences discover, experience and retain key concepts and approaches. After each session, audiences everywhere had encouraged him to put his stories into a single book.

In 1990, while on an airplane home, he felt that it was time. He shared his idea with author Mark Victor Hansen during breakfast one day. Hansen liked the idea, and so began the Chicken Soup for the Soul phenomenon. But with their busy schedules, translating what worked on the podium onto the written page proved more challenging than either of them had anticipated. After three long years, the two had compiled just sixty-eight stories — a far cry from the 101 they believed was the magic number for a successful book. Nonetheless, their successful partnership has spawned many other titles that have made them enormously famous.

Canfield has appeared on numerous television shows, including Good Morning America, 20/20, Eye to Eye, CNN’s Talk Back Live, PBS and the BBC. Today, he speaks shares his success strategies with companies and associations worldwide.

The most recent book Canfield has written was the 2005 publication of The Success Principles. In it Canfield shares 64 principles that he and other people have utilized to achieve great levels of success.

Jack Canfield with Bob Proctor and Rev. Michael Beckwith have created The SGR Program. A program designed to teach you how to effectively put the Law of Attraction to work in your life. Click here to learn more.

Michael Bernard Beckwith is a world leader and teacher in the New Thought–Ancient Wisdom tradition of spirituality. He is the founder of the Agape International Spiritual Center, cofounder of the Association for Global New Thought, and the Season for Nonviolence, which are extensions of his vision of one human family united on a foundation of peace, based on the spiritual origin of every man, woman, and child.

In 1986 Dr. Beckwith founded the Agape International Spiritual Center, a trans-denominational community which today counts a membership of 9,000 devoted to the study and practice of New Thought–Ancient Wisdom. Agape's outreach programs feed the homeless, serve incarcerated individuals and their families, advocate the preservation of the planet's environmental resources, and globally build and support orphanages whose children have survived the ravages of war and AIDS.

Dr. Beckwith's renown as a harbinger of the world's quest for peace has drawn into his visionary orbit those whose names are synonymous with this goal. Arun Gandhi, grandson of Mohandas K. Gandhi, shares with Dr. Beckwith the national co-directorship of A Season for Nonviolence (SNV). SNV promotes and teaches the principles of nonviolence embodied by Mahatma Gandhi and Dr. Martin Luther King, Jr., and is endorsed by UNESCO on behalf of its Culture of Peace and Nonviolence Appeal by Nobel Peace laureates.

Other notable supporters include Dr. C.T. Vivian, Dr. A.T. Ariyaratne of Sri Lanka, His Holiness the Dalai Lama of Tibet, Coretta Scott King, and Dr. Robert Muller. As cofounder and president of the Association for Global New Thought, Dr. Beckwith stands, along with other co-creative leaders, members, and friends, at the threshold of an evolutionary leap that dares to call an end to human suffering.

As its voice, Dr. Beckwith guides activities such as AGNT's annual Awakened World Conference, bringing together scientists, sociologists, spiritual leaders, economists, and international forecasters—individuals with proven track records in guiding humanity to its highest potential. Dr. Beckwith teaches meditation, scientific prayer, and speaks at conferences and seminars. He is the originator of the Life Visioning Process, a time-tested technique offering its practitioners a method for putting a stop to being a passive tourist in one's life. He is author of Inspirations of the Heart (currently nominated as a finalist for the Nautilus Book Award), Forty Day Mind Fast Soul Feast, A Manifesto of Peace, and Living from the Overflow.

Rev. Michael Beckwith with Jack Canfield and Bob Proctor have created The SGR Program. A program designed to teach you how to effectively put the Law of Attraction to work in your life. Click here to learn more.
Posted by Adrian Choong at 11:48

Labels: Law of Attraction, The Secret